INSTALLING MODS
Download mods from THIS PAGE.
As a general rule, all downloaded mods should be placed in the folder "series". However, it is advised to make a separate copy of your initial NR2003 install folder for each installed mod as shown in the figure.

Advantages of having separate copies of NR2003 for each mod:
* You can have a separate set of tracks for each mod. This is convenient because it allows setting mod-specific values of 'default_event_laps' and 'track_base_month' in track.ini.
* You can set up a different engine sound, spotter sound and pitcrew style for each mod. A compilation of NR2003 sounds is available from HERE.
* You can keep player records separately for different mods (only one record for each track is recorded for each physics model). Track records can be seen (and changed) in players\player_name\playrecs.ini
* Your export_imports directory will be cleaner, containing results from only one series at a time. 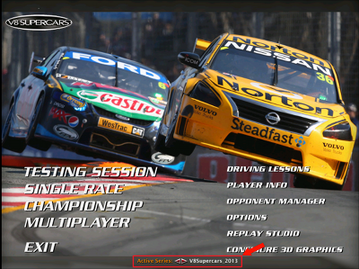 When you copy a mod you need to change the name of the mod folder as well. If you change the name of the mod folder, you also need to rename the file mod_name.dat to mod_new_name.dat. The mod name shown on lower part of the game menu can be changed inside the file 'series.def' (given_name=New_mod_name).
UNDERSTANDING PHYSICS TYPES IN NR2003
Although there are endless number of mods for Nascar Racing 2003, there are only 4 officially supported physics types: cup, gns, cts, pta. The physics type defines power of the engine, car weight, number of gears, etc. Each mod supports only one of the four types of physics. First three types (cup, gns, cts) correspond approximately to physics of Sprint CUP car, Nationwide car, Camping World truck. The pta physics has lighter car and six speeds. It is used for Indycar mod, Australian V8 Supercar mod and TransAm mod. Cars from different mods behave identically if the mods use the same physics (given that all other settings in track.ini, setup, weather are identical). Supported type of physics can be easily detected from car file names. For example, if you list the files in 'series\cars\'  you might see either files ending .cup.car or files ending .gns.car. In the first case your mod supports cup physics, in the second case it supports the gns physics.

ADDING TRACKS
Check the track download links HERE. Huge thanks to all of track-makers who have put enormous efforts into making these tracks!
Download the tracks you need, unpack and move them to the 'tracks' folder under selected mod. NB! Do not change the name of the track folder or names of any files inside the track folder, or the track would not load inside the game.

MODIFYING TRACK.INI FILE
For each track there must be a configuration file called 'track.ini'. It is located inside the track folder for each track. There are ca 200 options that affect behavior of your car and behavior of computer opponents. These options are explained on THIS PAGE. 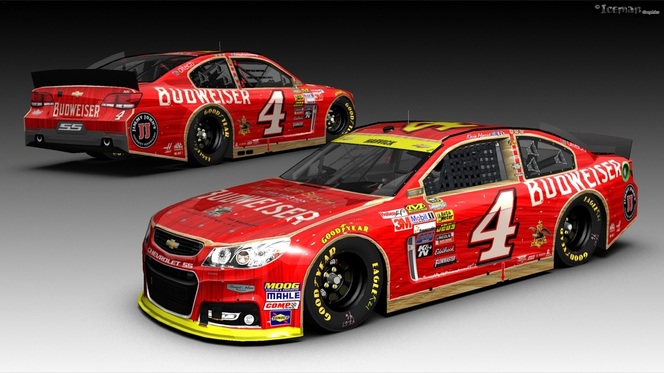 ADDING CARS AND PIT CREWS
There are plenty of painted cars for every mod and every season. Search around at NNRacing.com, SimRacingDesign,
OutlawGrafx, TeamSBR and StunodRacing. Some links to the older painted cars are available from THIS PAGE.

New paint schemes might be available as car files (with .car extension) or as car liveries (with .tga extensions). Liveries can be loaded onto existing cars or onto newly created cars. NB! The .car file must have been made for exactly the same mod and the same car make (Chevy, Ford, Toyota, etc), otherwise the paint will be mis-aligned inside the game.

Existing .car files should be saved into folder "series/cars/" and they will be visible under COMPUTER OPPONENTS button next time you start the NR2003. If you downloaded the car livery (.tga file), it should be saved to folder "exports_imports/" and imported onto a newly created car. Cars can be created from COMPUTER OPPONENTS. Make sure you select the right car make (Chevy, Ford, Toyota, etc) for which the paint scheme was made for. Pit crew liveries can be imported similarly to car liveries. Fortunately, pit crews are universal, they are usable with every mod and every car make.
CREATING ROSTERS FOR EACH RACE
The NR2003 is most enjoyable with realistic mods, realistic tracks  and real-life rosters with real paint schemes.
Rosters can be created under COMPUTER OPPONENTS, just select the cars you want to include in the roster and save the  roster with it's own name. I have separate rosters for each real-world race. The single most important website helping to create realistic rosters is RACING-REFERENCE.INFO. 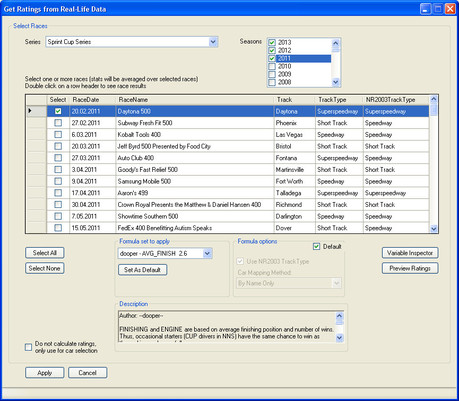 CREATING RATINGS FOR EACH RACE
Once you have realistic rosters you would also want realistic ratings for the cars, based on real race results. It is easy to modify ratings of the cars using NRatings software. Correct ratings ensure that the real winner of given race has high chance to win, poor performers get lapped, and so on. I personally change driver ratings for every race I run. Typically my ratings are based on either LAST RACE RESULTS on the same track or on LAST THREE RACES on the same track (for cup races). For Aussie V8 Supercars I used the ratings based on the entire season, but this might get boring at the end.

NRatings has several built-in formulas, but it is also possible to create your own formulas. I use custom formula AVG_FINISH, which has some advantages over built-in formulas. With this formula occasional starters (CUP drivers in NNS) have the same chance to win as those drivers who run the full season. This formula works equally well if calculated from the results of  a single race or from the results of the entire season. 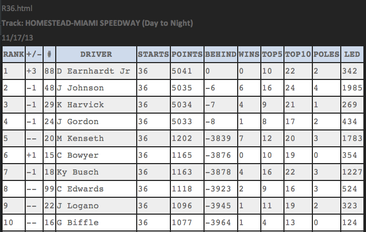 CALCULATING CHAMPIONSHIP SCORES
Finally, if you start running races from the entire season you might want to calculate your points to watch how are you standing against all other AI drivers. Default championship scoring system in NR2003 is based on historic scoring system from year 2003 (winner gets 175 points). There is no chase or other recent changes. Some people use SCORE4, but I preferred to write my own scoring scripts in PERL and JAVASCRIPT.

In either case you need to save your results after each race using STANDINGS->EXPORT button. Save the race results as R1, R2 R3 and so on.
Javascript scoring scripts are web-based, it is easy to test how your standings would be with different scoring systems. 2013 cup results are included as a test-set. 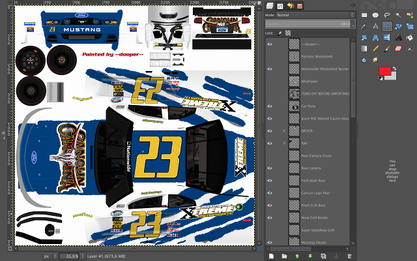 PAINTING CARS
It is possible to create custom car liveries for every mod and every season.

This website uses marketing and tracking technologies. Opting out of this will opt you out of all cookies, except for those needed to run the website. Note that some products may not work as well without tracking cookies.